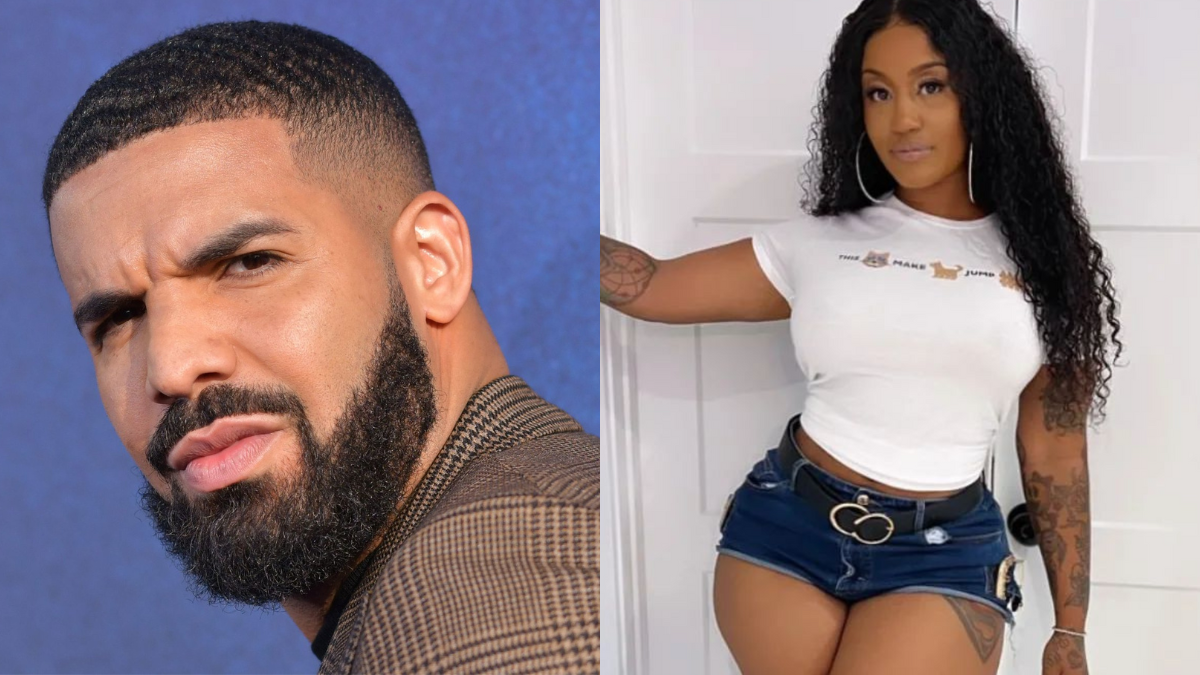 Drake and 21 Savage might’ve let the world know it’s Her Loss. But one of Drake’s exes, Jhonni Blaze, is speaking about his loss. The two once dated in the past, and it could’ve been a match made in heaven, as she seemed to check off his boxes. However, while things didn’t work out, the television personality claims that she almost trapped him.

Jhonni Blaze commented on a social media account that has since gone viral. She was reacting underneath a video that showed a woman poking holes in a condom in an attempt to trap whomever the other party may be. The former Love and Hip Hop cast member explained in the comment section that she did something similar with Drake but then retracted by implying that it was a joke.

Jhonni Blaze appeared in an interview with Vlad TV in 2014, where she detailed how the two met. She explained that they met in a club and, from there, began to develop a friendship. Blaze accompanied him to some of his concerts as they continued to get to know one another. Soon enough, their friendship became something more of a friends-with-benefits situation. Jhonni Blaze admits that things got intimate between them.

However, she feels as though she made mistakes during their time of being together, which would also explain why her most recent comment on social media would be a joke. “On my behalf, I should have used protection,” she said. But although their transaction was not protected, she clarified she was never pregnant by Drake. According to Jhonni Blaze, their relationship began to sour once she began to question Drake about other women. The rapper would respond that he never messed with the other women. Still, their interactions would soon become argumentative and full of threats.

Drake hasn’t spoken on his relationship with Jhonni Blaze. The rapper eventually went on have his first child with Sophie Brussaux.